As mentioned earlier, the bandwidth of the broadcast channels will be reduced. There will be a period of chaos for about the next month while these changes are put in place.

For existing users, the BEAM TYPE on Skylark’s tuner app must be changed. The existing beam type is 164. This corresponds to the following radio parameters.

Reducing the bandwidth to 200 kHz will drastically reduce the bitrate. The theoretical best case scenario is reception with the following parameters:

The worst case scenario is:

The first modem, the Bell 101, operated at a bitrate of 110 bits per second. It doesn’t get more retro than that.

During this change over what would the new beam type need to be set at? Ken

Yes, the new beam type number will be provided once things stabilize.

thx for the Info

This is not the direction I hoped we’d be going in. Is this temporary? I can’t find where it was “As mentioned earlier”?

This is one location where it was mentioned, but there is another one, which I can’t find right now. I think @kenbarbi commented on that original post.

@BillMc I really can’t say whether it’s permanent or temporary. The revenue stream related to public broadcast is related to sales of receivers. As more radios are sold, the bitrate increases. Based on my experience with sales of the product over the years, a cheap product with a slow download sells better than a more expensive product with a faster download.

If millions radios are sold, then I will absolutely make sure we are running at 100 kbps all over the world. But until that time…

will the reduction in bandwidth have any effect on the weather information?

Possibly. We are going to eventually move to a model where customers determine what is broadcast.

Hi there. I’m new to the forum and just purchased and set up my device. Still learning about Othernet, but I find it really interesting.

Is the funding solely based on the sale of radios and Dreamcatchers? Is there any membership costs involved, or donations to help the project along? If not, is that being considered?

I see lots of possibilities here, but I guess I’m still learning about how the project works.
Thanks
Chris

@VE3SKH Yes, the funding is based on the sale of radios (the term radio is used interchangeably with Dreamcatcher, which is a data radio). Hardware sales–that is the business model. It’s very simple.

Yes, there will be an option to become a member to support the broadcast. This will be available after the frequency changes are made.

Is there any new code available on Git yet? I’d like to tinker with my Heltec device (ESP32+Semtech LORA Chip) a bit…

I’d gladly pay a fee for being able to broadcast bits of data over the stream.

I’m pulling together the files right now. I’ll post here when the repo is live.

By the way, the NA channel is currently off-air. The lease on the EU channel has already been signed, but I’m still working on the lease for the NA channel.

@caveman99 @Tysonpower Here is the link to the repo. I’ll post the firmware binaries there in a few minutes. This repo will also contain the schematic for the board. 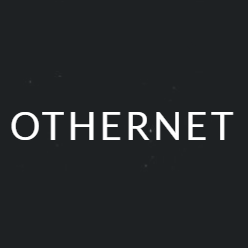 Contribute to Othernet-Project/Dreamcatcher development by creating an account on GitHub.

Let’s move all discussion related to Dreamcatcher to another thread.

Do we have a general ETA on the NA channel coming back online?

March 1st is the target.

Thanks for the update!

Ooof. That’s a heck of a dive in bitrate.