First: this isn’t completely done but it is working well enough to report on. I was getting the outernet signal 2-4 decibels better than the patch antenna, generally. I wasn’t being strict about the testing and was also swapping in different lengths of coax and checking differences between the E4000 and RTL-SDR, and I found out later there was something wrong with the CHIP I was using, so even with all of that messing around the helix-in-dish worked at least as good as the patch.

Notes:
-the outernet signal is RHCP (right hand circularly polarized) which gets reflected in the dish so the helix is LHCP

-coax length made a difference. I ended with reusing the 25 ft coax running through the pipe by cutting it down to about 12 feet.

-I didn’t move the dish from pointing at galaxy 19 (the ku-band satellite) to inmarsat since there is only 1 degree difference between them–97 vs 98. I figured if I could get a signal where it was I’d better not mess with it.

I was wondering when you compared SNRs against the Patch, was the patch free stand like it would normally be or mounted in place of the helix facing the dish?

I was thinking about trying something like mounting my spare Patch facing the Ku dish here. Ken

The Patch was freestanding.
I meant to test it in the dish out of curiosity but just plain forgot to–I guess I had ruled it out as I hadn’t yet figured out a good way of housing it for outdoor weather installation. Here’s a reference I was looking at earlier on mounting l-band patches in dishes: http://jontio.zapto.org/hda1/jaero.html
Halfway down the page there’s a test and some speculation on how well it works with polarization etc.

Thanks - - I’ll try it this weekend and see what happens. Will report then. Ken

I used my C-band Dish for L-band. I tried it with a helical and a patch antenna as the feedpoint. (I had to modify the patch antenna to switch it from RHCP to LHCP).

Using the modified patch antenna as a feed worked as well as the 3-turn LHCP helical coil. Here is a link to the SatelliteGuys thread where I posted photos and screen shots showing the signal strengths: http://www.satelliteguys.us/xen/threads/experimenting-with-l-band-antennas.363533/#post-3952451

I am also planning to try this with a small offset dish. And for the feedpoint I plan to try some modified GPS antennas.

I can confirm that modified GPS antenna (25mm ceramic) do work.

@Syed - I am wondering what brand of GPS antenna you were able to modify? I ruined my first one trying to bypass the filter. Would like to buy another for a second attempt.

My plan is to use the 25mm GPS antenna as the feedpoint on a 12 inch prime-focus parabolic dish. The appeal of the GPS antenna is that it won’t block the signal to the dish like the air gap patch.

We had used a modified Abracon patch. It was retuned for a CF of 1542MHz.

A good example here, on L-Band use the parabolic dish illumination is the problem:

“…For example after discovering that he couldn’t find a 1.2m offset satellite dish which was recommended by the experts on #hearsat (starchat), he went with an alternative 1.5m prime focus dish. Then after several failed attempts at using a helix antenna feed, he discovered that his problem was related to poor illumination of the dish, which meant that in effect only a small portion of the dish was actually being utilized by the helix. He then tried a “cantenna”, with a linear feed inside and that worked much better.” 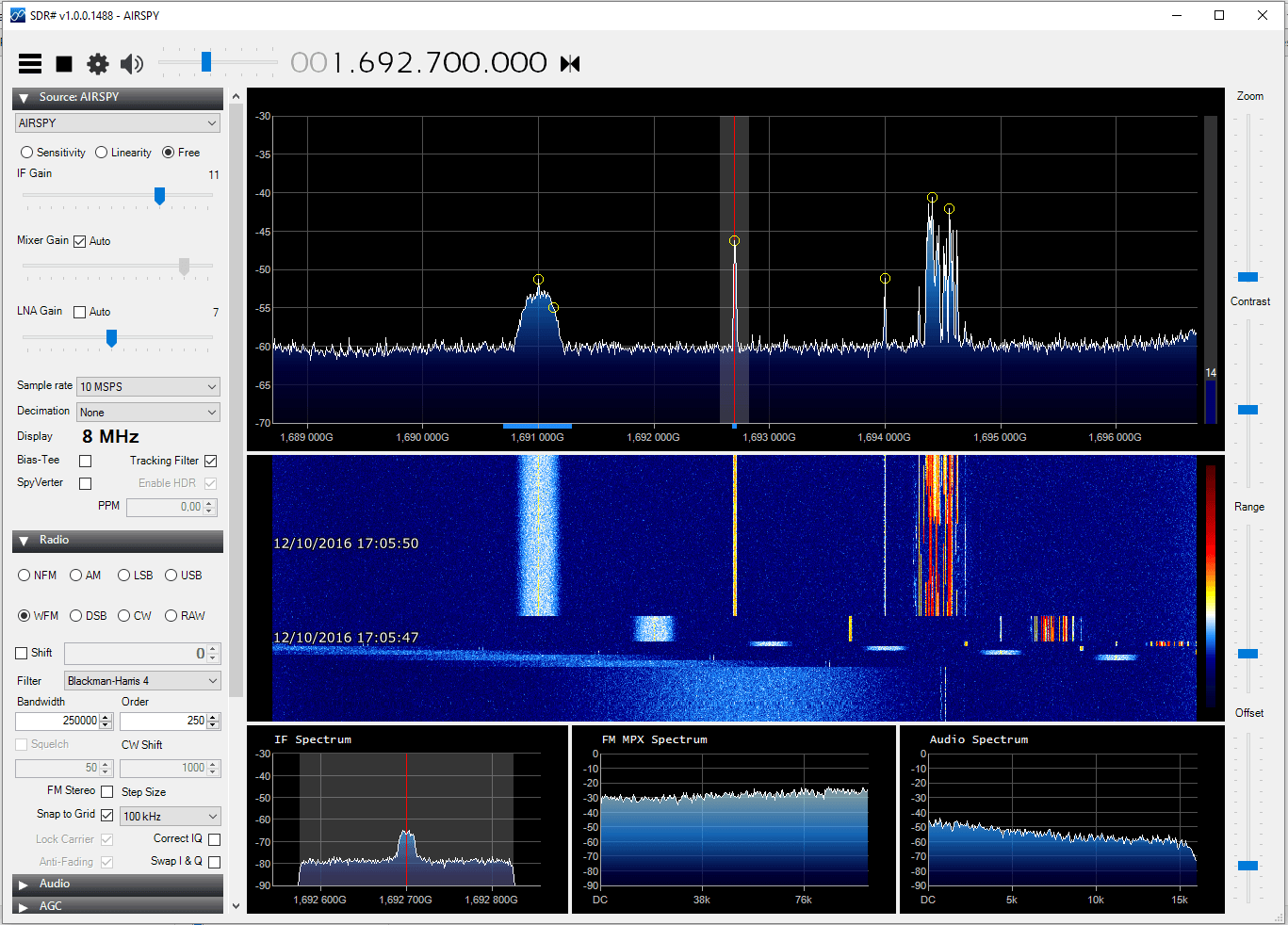